If you don't speak or read Norwegian I thought it would be nice with a decription of my garden in a more commonly known language. I have just started writing, but I think I will publish continuously. This mean that I will go on writing and editing the text so you might learn some more about my garden (named Fagertun) next time you pop in.

My four childen and I moved here in October 2008. The garden was already covered in snow and I didn't see much of it until spring 2009. I was hoping for a springbulb-surprice, but didn't get any. There was a huge wildgrowing hedge along the steep slope, a few currantbushes squeezed together with stinging nettles in amongst them and not much more. 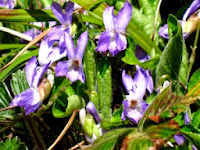 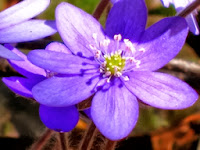 The first spring brought little flowers except for what grew naturally in the wild part of the garden.


It was Anemone hepatica (Hepatica nobilis), Sweet violets (Viola odorata) and some spindly twigs of Daphne.
The sweet fragrance of the lilac-colored flowers was so delightful that it fully excused the plant for beeing so untidy.

All winter I had been looking at my neighbours house having the feeling that it was placed in my garden. Of course it was not, but there were no fences or hedgeing between the houses and that made me feel quite uncomfortable. I had a strong desire to enclose my garden and luckily I also happened to have the worlds best parents, sisters and brothers-in-law.
As soon as spring arrived and the frozen soil had thawed, we got together in a fencemaking frenzy, sawing, painting, hammering and screwing our way around the plot. (oops, did I use the wrong word? I meant screwing as in using a drill...) 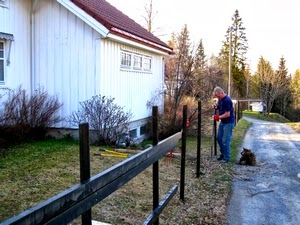 It was a lot of work, but not really difficult until we got to the part by the pent-river.
The garden partially ends in a sort of cliff above the water, and partially slopes really steep into the water.
I wanted the fence as far out towards the pent-river as possible, leaving me as much garden on the inside as possible. 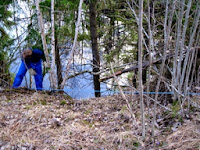 My father and brothers-in-law tied themselves to ropes and hammered the fenceposts into the ground right on the edge. They took down trees and bushes and opened the view to the water in the process. I can't see the water from the house, but because I had taken down the hedge on top of the slope during late winter, I suddenly had included the slope into the garden. (You might want to look at this post here) 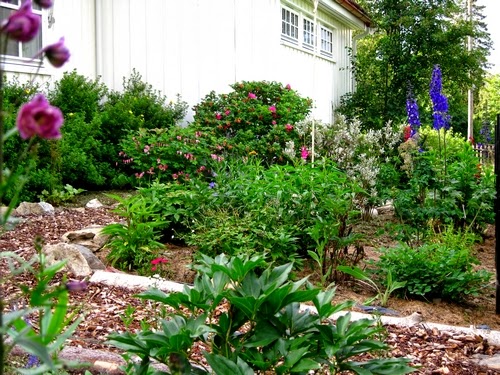 The first summer in my new garden I lifted turf, dug the soil and plantet like a mad.
I removed all the lawn between the house and the fence in the corner which you can see on the picture above (left), and replaced it with a path and flowerbeds.

I was lucky to get lots of plants from an old woman who used to be my neighbour. 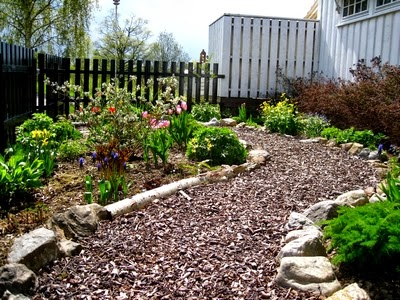 In autumn I planted bulbs and when spring arrived in 2010 I finally had some springflowers to admire as the snow melted away.

Crocuses, grape hyacinth, tulips and dogtooth violets...
Together with the perennials I had planted the year before, it made a lovely spot of color in the garden.

I mulched the beds with lawncuttings and the path...well it used to be the hedge above the slope. 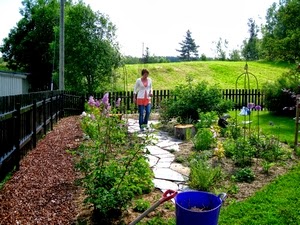 I started to dig the area with black and red currants in 2009, but it was so much work to remove the old bushes that I didn't finish until 2010.
Actually, I will probably never finish, but that summer it was transformed into a flowerbed. I only left one red currant and removed all the others.
Along the fence I planted lilacs, mock orange and some hardy roses.


In 2010 I a made three raised beds to start a kitchengarden. I sowed carrots, beetroots,  beans and salads.  I made a plantsupport for the beanplants of young trees that I cut down during spring.
I am planning to make some more raised beds. At least four more. I had hoped to do it this autumn, but it might have to wait until next spring. But that is gardening. I can do things when I have time and leave it when not.
The year after in 2011, I a made a herbgarden. I used several small raised beds which I made from wood, like in the kichengarden. These were much smaller though. I covered the ground around the beds with barkchippings. I filled the beds with different sorts of mint, thyme, sage, chamomile, parsley, chive and lots more. This summer I made a sort of temporary fence around two sides of the garden. I made them of pallets I got for free from a friend. I made planting shelves in the pallets and used the fence to plant more herbs and edible flowers. 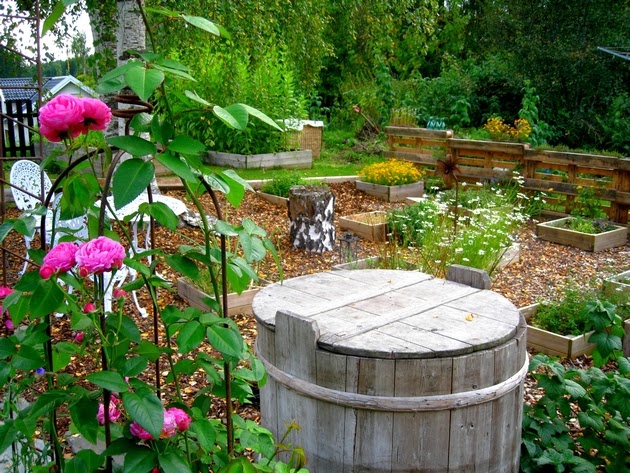 In 2012 I extended the the big flowerborder from 2009. It now runs right across the garden along the fence. I made a sort of gazebo/cave of twigs and young trees. In the cave I put a bench and made a small table for my teacup of a chopping block (old piece of a tree trunk) with a slate on top. Around the cave I planted some climbers. The cave is actually just as nice during winter. I have a light chain (Christmas lights) attached to it on the inside,  and with snow covering the cave it gets that feeling of a real cave. 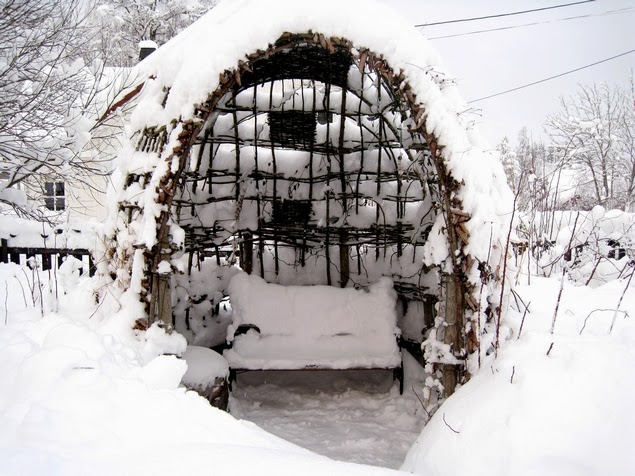 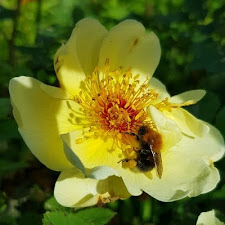 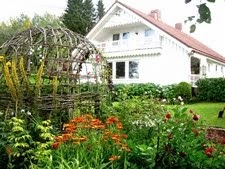